A few weeks ago some of our young people got together in Woodford Green for the March meeting of Twenties & Thirties. The group were joined by Adrian and Layla who both became members of LCPC at the end of last year. Adrian shared his testimony and it was a real privilege for everyone to hear how the Lord has worked in his life.

Later in the evening, one of Twenties & Thirties newest members, Henrique, was surprised with a birthday cake. Henrique has been coming along to LCPC for a few months, after moving to London from Brazil. People at LCPC have never really needed an excuse for cake, but it was nice to have one! 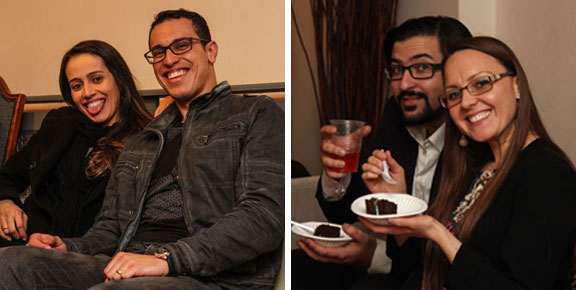 Due to the Easter Holidays, the next meeting of Twenties & Thirties will be on Friday 15 May.  For more information please get in touch.